The Swansea Bike Path is a brilliant family route that hugs the coastline for long stretches. It follows the wide curving sweep of Swansea Bay and offers fantastic views across to Mumbles Head and the start of the Gower Peninsula. It’s a lovely short bike ride for families. Running along the line of the old Mumble tramway that carried the World’s very first railway passengers, the Swansea Bike Path is a brilliant family route that hugs the coastline for the entire stretch between the Observatory and Mumbles.

The route has wonderful views across Swansea Bay to Mumbles Head, which marks the start of the Gower Peninsula. There are cafes, restaurants and pubs in Mumbles in a picturesque setting which includes the 12th-century Oystermouth Castle guarding the landward approach to Gower.

To extend your adventure follow Route 4 westward to Gowerton through Clyne Valley Country Park, a pretty woodland path where you can join the Millennium Coastal Path and follow the route to Kidwelly.

The full ride from Swansea to Kidwelly is about 24 miles and apart from a short section in Gowerton, is entirely traffic-free and family-friendly. A highly recommended day out.

Swansea is the ‘ugly, lovely town’ described by Dylan Thomas, who was born here. It is the second-largest city in Wales, after Cardiff, with much of it rebuilt after suffering heavy bombing during the Second World War. In the 20th century, the docks fell into decline but have recently been regenerated with the creation of the new Maritime Quarter, the centrepiece of which is a 600-berth marina at the old South Dock. Mumbles is a busy sailing and watersports centre which has nevertheless kept its character as a Victorian seaside resort.

There's plenty to see and do on or close to the route. You could check out National Waterfront Museum or the Dylan Thomas Centre in Swansea. Plus there's the pier and Oystermouth Castle at the Mumbles. 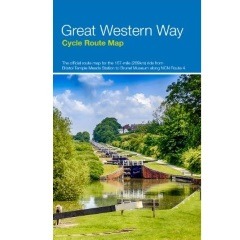